Here is a link to all of my Youtube Videos.
Posted by Alessandro Machi at 4:45 PM No comments:

Sixty Minutes uses phrase "Simple Math" in it's Sunday, May 26, 2019 episode during their Horse Adoption Segment.

Nice to see Sixty Minutes acknowledge and use the concept of "Simple Math" to describe how the U.S. Government was able to save the lives of Wild Horses.

Perhaps due to the Memorial Holiday weekend I have been unable to find a link to the story. When I find it I will add it.
Posted by Alessandro Machi at 11:31 AM No comments:

Edit update, (Monday, May 27, 2019) when I wrote this article I somehow had incorrectly concluded that the three worst records could not pick lower than five, so my prediction was of course much too generous as a result. end of update.

The NBA continues to tweak with the NBA Draft Lottery. In an effort to not reward teams that perennially lose and end up with really great draft pick positioning as a direct result, the NBA once again has changed the mathematical probabilities regarding how the bottom four teams will fare in terms of lottery positioning for the 2019 NBA draft.

If the first pick in the Draft does not go to one of the three worst won loss record teams in the league, we could see a 3,4,5, draft position for those three teams. Of course all variations are in play. We could see 2,4,5 for the three worst records.

The 2019 NBA draft will probably leave a lasting bad memory for at least one if not two of the three teams with the worst records in the league.

After the 2019 draft is done, there is a clever tweak the NBA could make so the 2020 draft probably better reflects the delicate balance of the worst teams getting the best picks and the slightly better than worst teams retaining a chance to move up in the Draft.

Posted by Alessandro Machi at 10:30 PM No comments:

The entire College Bribery Scandal seems to be another adventure in pointless class envy that everyone will take way too seriously, and could send some parents to jail. Or the Feds will use their Checkbook Justice Mafia to fine rich people so they can fund the Treasury. None of what is going to happen will help the people who need it most, Middle and Lower Income class kids who want a chance to attend a prestigious University.

I don't care how much the College bribes were. What I don't understand is why couldn't the Ultra Wealthy Parents simply pay into a College Scholarship fund that would give less affluent but deserving students a free ride?

If a Parent is willing to pay a 1/2 million dollar bribe to get  a Daughter or Son into a prestigious college, and then pay the tuition for their own son or daughter on top of that bribe, why not just create a special fund in which Affluent Parents donate a 1/2 million dollars so a certain number of other kids get a free ride to the college, and their own kid gets to attend as well as long as they pay for their tuition.

While law and order will bellow that bribery is against the law, why isn't lack of common fiduciary sense against the law? If there are people out there willing to make extraordinary payments to ensure their kids get into a college, then just let them make the payment directly to the college so less wealthy families can benefit.

Imagine if a half a million dollar bribery check had been split into ten 50,000 dollar scholarships. Would anyone really care that in exchange for that tremendous donation, the Donor could then pay the regular tuition price to have their own child admitted to the College?

In the absence of this common sense approach, I am hoping a Judge will see through the entire Federal Scheme to shame people who should have first been given the opportunity to make a significant donation to the school so those less wealthy could attend in exchange for the privilege of then paying full tuition price for their own child's enrollment.

Posted by Alessandro Machi at 10:44 PM No comments:

Charlie Sheen earned more money from ONE episode of ANGER MANAGEMENT than Jussie Smollett's Total Salary for his first three years on EMPIRE. Jussie Smollette is the victim of Financial Abuse by Fox. Charlie Sheen was paid more for ONE episode of Anger Management (2 million dollars), then Jussie Smollett's total salary for his first three years on Empire, around 54 episodes.
Both shows were created for Fox.

In October of 2016 Newsweek was reporting that Smollette was still being paid 20,000 dollars an episode. Huffington Post reported Smollette was making 65,000 per episode for this past 2018-2019 season. The Problem is that a 20,000 dollar starting Salary meant any raise would look significant and generous based on percentages so it may have taken Smollette several years to finally get to the 65,000 per episode mark, which for a four year actor on the first or second highest rated show on Fox, and the show is an hour long, is still well below where the salary should be.

If Smollette had been paid based on Empire's rating's popularity, his Salary for this past Season should have been at least 100,000 per episode instead of 65,000. But just as importantly, the initial low salary creates a negative cascading affect in which each year's raise still keeps Smollette below what he should have been being paid all along.

It may be safe to presume that Smollette was basically underpaid by about 20,000 to 30,000 per episode over the life of the show, presently 74 episodes.  That's around 1.5 to 2.3 million dollars of underpayment Smollette never got.

Smollette was taken advantage of by the same Network that paid Charlie Sheen 2 million dollars per episode when Anger Management hit its 100th show. However, Sheen was still making 1.8 million prior to the 100th episode of Anger Management.

It appears that Sheen's behavior, which included Drugs, Drinking, Prostitutes and eventually acquiring HIV and possibly sharing his HIV with others did not deter Fox from paying Sheen 2 million per episode for Anger Management. Even if the HIV news was after the Series Anger Management had concluded its run, the other unruly behavior sure didn't seem to have any type of negative affect on Sheen's salary.

Were the Female co-stars on Anger Management underpaid? Sheen may have gotten his female co star Selma Blair fired when she questioned his work ethic. When will Fox be investigated for their Contracting Practices that could be the equivalent of Financial Abuse for Minorities and Female Actors?

It's not as if Smollette wasn't talented. Compare Smollett and Sheen's Singing abilities...This is Charlie Sheen directly below.

How Can Jussie Smollett compete with Charlie Sheen?
Simple Math Detective is concerned that it is in Hollywood's best interest to keep the pay disparity between what Smollette should have been making and what he was making a secret and instead go with the Narrative that Smollette may have behaved criminally.

I get that what Smollette is alleged to have done can be construed as illegal, but it seems that years of being underpaid, aka financial abuse, took its toll, and I hope that part of the Smollette Story does not continue to be obfuscated by the Media.

Meanwhile, Charlie Sheen attempts to rise for the third time.

Posted by Alessandro Machi at 5:48 PM No comments:

A Presidential Popularity Puzzle for you to Figure out.

There is one President in the Presidential Chart Below that is different from all the other Presidents, can you find it? Hint, It is not about how long they served as President. 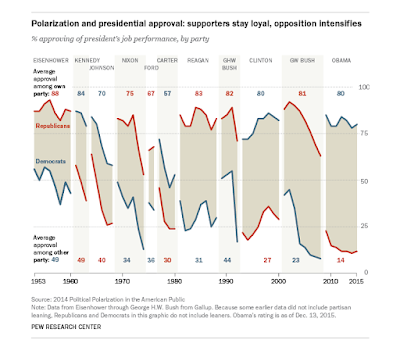 You can find the original chart and story here.

Posted by Alessandro Machi at 6:01 PM No comments:

The LAUSD Teacher's Strike Won't use their own Math Teachers to Calculate a Fair Agreement.

I believe in Simple Math. Simple Math can solve complex problems. The Teacher's Strike in Los Angeles is using one big number to justify the strike, a 2 billion dollar rainy day fund that apparently took several years to create.

I found one stat that intrigued me. It appears that the LAUSD is stockpiling about 300 million dollars a year in a rainy day fund. The Rainy Day Fund is up to around 2 billion dollars. The Teacher's Union wants that 2 billion dollars busted open and apparently, used up within a relatively short amount of time to give both raises and a remarkable increase in teachers to accommodate smaller classes.

Sadly, what should be a public discussion of numbers is being hidden behind closed doors. The Union is portraying itself as a victim even though apparently 40% of their annual budget goes towards pensions and healthcare. Democrat Politicians are giving their support behind the Strike. It all seems so false to me.

There are just numbers, the rest is all theatrics. There are probably hundreds of Math Teachers in the Picket Line, none of them have been asked to go over the numbers. If the Teacher's Union can't use their own Math Teachers to help resolve the Strike, then what message are they sending to their own students and the world about the value of learning Math?
Posted by Alessandro Machi at 12:46 AM No comments: