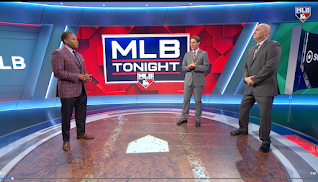 A few months ago I explained how to resolve the Jose Ramirez Contract talks with the Cleveland Guardians. My idea was used almost identically, ironically my idea should have been used identically since it would have back ended Jose Ramirez's final two years at a lower amount so the front of the contract could be across the board front loaded while while Jose is in his prime.

In a second article after the contract extension was announced, I explained where the final agreement fell slightly short of what it could and should have been. Jose Ramirez's graciousness allowed the deal to go through without the final little touch I would have insisted upon. I still hope the Dolan's realize the error of their ways and push the final two arbitration years to the back of the contract as I had suggested.

As for the Juan Sotoa contract situation, Simple Math Detective has a simple question, how many years is Washington willing to offer 450 million? (the 440 was an obvious ploy to agree to level it off at 450 in exchange for a deal.)

Why does the Washington offer have to be for 15 years? What if the Nationals offer 450 million for 12 years? Suddenly that is 36.29 million per year instead of 30 million.

Soto is 2.4 years away from free agency, so being confined to the arbitration rules until then might mean Soto gets significantly less than the Nationals per year offer over these next 30 arbitration months. By signing now, Soto may gain an additional 20 million without having to push for any more than the 450 million. This would work out to 37.9 million per year if the Nationals agree to start Soto's new deal immediately.

Ironically, if Soto were to sign a 12.4 year deal now, he would only be around 35 years old when his deal expires, meaning he still could be in the market for another 3 year deal and assuming the earth and its people hold it together, that deal could be for 100 million.

The end result is 570 million dollars through age 38 whether Soto re-signs with the Nationals for 3 additional years or goes somewhere else. A second contract for 100 million, 450 million for the original contract, plus the 20 million additional million dollars by signing a new contract now rather than in 2. 4 years puts Soto at 570 million total, also known as 38 million a year for the next 15 years, well above the 29.5 million the Nationals have offered.

It's all about Simple Math and this strategy could produce the result both sides want.

Posted by Alessandro Machi at 5:04 PM